Last week, I spent 20 hours making more than 30 pages of comments to the three draft guidelines from the FAO Livestock Environmental Assessment Performance (LEAP) Partnership. They are currently in public hearing until July 31st. You can find my comments in our executive club, if you are a club member.

There is already a large number of guidelines that interpret the basic ISO 14040/44 standards for LCA for specific products, countries and/or impact categories. Every time a new one is made, there is the risk of introducing new inconsistencies (see Weidema 2014) although each new guideline sets out with the praiseworthy intention to provide consistency and harmonisation – in the case of LEAP for environmental performance assessment and monitoring of livestock supply chains on a global scale. If we should make comments on all the guidelines that are continuously being produced, we should have a full-time person or more for this task alone. But in the case of FAO, I made an exception – like I previously did with the EU product environmental footprint guideline – since I regard FAO as an important public-service organisation with a large international impact.

And although it was a lot of pages to read and comment – with some unavoidable redundancy due to the three parallel guidelines for feed, poultry, and small ruminants – I found it worthwhile, since the guidelines actually contain quite some default data and assumptions, for example for nitrogen excretion from chicken and laying hens, that will hopefully lead to less arbitrariness when applied in future studies.

But with more than 30 pages of comments you can imagine that I have not been entirely happy with the current state of the drafts. At the most fundamental level, it does not seem wise for an international guideline to adopt an attributional modelling approach that cannot be used for decision support. The main problem of the attributional approach is that the results cannot be used for decision support regarding improvements of the analysed systems, simply because the results do not reflect the environmental consequences of such improvements. The results will be misleading if they by mistake should anyway be used for decision-making. The authors appear to be unaware that an attributional approach cannot say anything about the environmental performance of a product, only about the environmental performance of that part of the product system that is included according to the chosen allocation rules for by-products. This is why ISO 14040/44/49 recommends the use of system expansion to avoid allocation, and generally describes a consequential approach to system modelling. The main reason for this is that ISO 14040/44/49 is intended for supporting improvements, which requires LCAs that provides information on the consequences of these improvements.

And you will probably not be surprised that I am also not happy with the deviation from the ISO hierarchy for handling co-products, where the draft LEAP guidelines m ix system expansion and allocation. Mixing these approaches in the same study leads to the result being neither attributional nor consequential. System expansion is not relevant for attributional questions and allocation is not relevant for consequential questions. Each allocation method provides an answer to a specific question, so when combining several different allocation methods within the same study, both the question and the answer is obscured. Consistently applying system expansion for joint production and subdivision by physical causality for combined production provides an unambiguous answer to the question of the consequences of a decision, which is the purpose of the majority (if not all) LCAs.

The FAO text here suggests that there are situations where system expansion cannot be applied because the avoided production cannot be unambiguously identified. However, since the input to a market is identified by the same procedure whether the market output is decreasing (avoided inputs) or increasing (normal inputs), the avoided production can always be determined with the same degree of (un)ambiguity as any other market input to the product system. If the procedure that is generally accepted for identifying upstream market inputs is discarded just because the sign of the flow has been inversed, this places into question the entire procedure by which we link our product systems, and can therefore not be used as an argument for not applying the procedure specifically for avoided production. 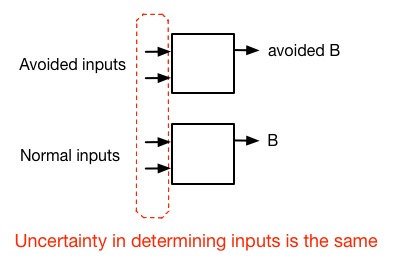 And then there are all the things that are not included in the guideline even though these are exactly the kind of things that would have been relevant. Such as how to determine the temporal boundary between two subsequent crops with an intermittent fallow period, or how to deal with biogenic carbon (excluded, which is not in line with ISO 14067).

These were just some of the many issues that hopefully will be corrected in the final version. Which is why such public hearings are so important.