ILCD handbook situation A or B?

At times I get the impression that there seems to be a widespread confusion with the text of the ILCD Handbook pertaining to modelling choices. The difference between the ILCA situation A (so-called attributional) and situation B (consequential) is described as if relates to the size of the decision, as if small-scale decisions have no real impacts. 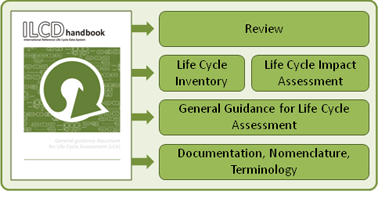 But if a decision has no impacts, there is no point in modelling it with LCA, is there? If there is an impact, what we are studying is a decision that has a marginal (small) impact. And it is this marginal impact that we should then try to model. This is exactly what we do with consequential modelling.

So it seems strange that the ILCD Handbook limits the use of consequential modelling to larger decisions, which are maybe not even marginal!  Now, what the ILCD Handbook calls “attributional” in relation to decision situation A (micro-level decision support) is in fact not what is normally understood as “attributional”. UNEP/SETAC in their 2011 Global Guidance Principles for Life Cycle Assessment Databases describe the “attributional approach” as an attempt “to provide information on what portion of global burdens can be associated with a product (and its life cycle)”.

In theory, if one were to conduct attributional LCAs of all final products, one would end up with the total observed environmental burdens worldwide. This is not the case with the modelling described in the ILCD Handbook for decision situation A. Since the model operates with substitution (“system expansion”), the sum of the LCAs of all products in the economy will not add up to the total burdens.

Substitution is a technique you use when you want to study the small changes caused by a decision. And many small changes of course do not add up to the total of all existing burdens, because not everything changes. So from this perspective, the ILCD Situation A model is in fact rather consequential.

In conclusion, I do not find any situations that (are small enough to?) justify the use of the model described for the “Situation A” and therefore recommend in general to always use the model for “situation B” as soon as you are studying a decision that involves a change. I hope my above explanation provides adequate justification for this recommendation. If not, let me know.